How Meal Planning Helped Me Save My Sanity

How Meal Planning Helped Me Save My Sanity

One of the best things I ever did for my sanity was to take meal planning seriously. This also helped with my budget, my marriage, my kids’ extra-curricular-activity capability, and the already over-extended population of our country’s prison system which most assuredly did not want a murderous mother of three clogging it up even more.

A decade or so ago, when I was in training and being paid peanuts, it was key to make a concise menu for the week and to shop exclusively for that menu. My family of four (five, but one of them was a baby) ate on $10 or less per day, and boy-oh-boy, we made it work. Turns out, as in most things in life, having a plan is cheaper than not having one.

As a matter of fact, I used to cook once per month or so, and freeze in daily portion sizes. My husband would throw the food into the oven when I called him to say I was on my way home from work, and neither one of us would miss precious family time doing anything more than prepping a side of veggies or slicing a loaf of bread.

Nowadays, I have more freedom with my budget, but I will always have an erratic and demanding schedule. Which, by the way, is not getting any easier – the older the kidlets get, the more extracurricular stuff they have, and the more demands they have on their time, as well. I don’t pre-freeze dinners anymore, because it turns out, spending a little time in the kitchen helps me unwind and destress and gives me some time to talk to the kids about their days (emphasis on “a LITTLE time”). However, if you ARE interested in pre-making and freezing dinners, I’ve converted several of my old recipes into lunch versions and adapted them into smaller portions – you can feel free to take a look, and make the servings larger (picture a large calzone instead of a hand pie, for example). And even though I’ve developed tons of new favorites over the years, several of my original tried-and-true recipes from the $10 days still make an appearance on occasion.

I’m looking for the same thing many other busy parents are looking for:

1.- Ease of preparation: I love to cook gorgeous elaborate meals – but not post-call. Post-call, I want a big loaf of bread, and 5-pound wedge of brie, and kimchi. Don’t judge. But since I know people WILL eventually fight me for it, I need easy recipes instead. Preferably, without a ton of ingredients, and with minimal hands-on time.

2.- Ease of magnification: Half the time, when I watch my kids devour eat, I feel like I’m being punk’d. But then they sit down, and do it all over again the next time. I need recipes that work well when quantities are doubled. Plus, I purposely make extra two to four times a week, when I’m on call. Because, let’s face it – my cooking is way tastier and more affordable than anything in the hospital cafeteria or at the take-out place. Besides, though the hubby cooks well (and often he’s the one making these recipes, not me), we both find it anticlimactic and annoying to cook when the whole family can’t sit down at the table for it. So the day before I’m on call, we double or triple a recipe, feed the beasts kids, and have enough for everyone to eat without having to worry about cooking the next day, whether at work or at home.

3.- Ease of reheat-ation: I want a meal that will hold up taste- and texture-wise the next day. Because I refuse to pay the hospital (cafeteria or otherwise) for ME to be on call. See Point 2.

So I always include one or two meals that will stretch out to cover two nights, and I almost always include a meal that can “sit” in the pantry for a while – something that is not based on ingredients that need to be refrigerated or consumed at their peak of freshness. Just in case we have more leftovers than we thought, or in case the meal I had planned for Thursday sounds better for Monday and I want to switch them out without my ingredients going bad.

As always, remember that these particular menus are just snapshots of my weeks, and depend on my call schedules and my tastes. If you don’t eat dairy, or can’t stand cilantro, then we can’t be friends most of these recipes are highly adaptable and can be customized for your own needs and preferences. The point of this is just to show you how easy it is to organize it all.

You do you, and let me know how it goes!

As opposed to my Freezy-Does-It lunch section, I don’t include master shopping lists for these plans. That’s because planning dinner is a lot more delicate and user-dependent than planning make-ahead lunches. All of these recipes, as always, are totally customizable – switch out quinoa for rice, almond milk for milk, gluten-free pasta or zoodles for whole-wheat noodles. Or switch out one of your own recipes for another you don’t like as much, or add an extra because you’re not on call this week.

Regardless, pick a day (at work, post-call, whatever – I usually pick Saturday or Sunday) to be your planning day. Print out every recipe you’re going to cook that week, and take five minutes (truly, not more than five minutes!) to consolidate your grocery list. Even if you have to go back later for ingredients for other meals, you know the most stressful meal of the day is covered (and if you’ve read Freezy-Does-It, lunch for your entire family may be covered already, too, leaving just breakfast to worry about!). It’s that easy, I promise.

A word on ingredient prep and prep times:

You know me! While the hubby (Godblesshim) doesn’t mind grating and slicing and chopping by hand too much, I feel like someone’s making me kick puppies when I have to take the little time I have with my family to do something the long way, when I could be doing it more efficiently. I have some workhorses in the kitchen that I use multiple times a week, which cut down on my hands-on prep time significantly (on a DAILY basis – meaning that in one week alone, they can save me hours).

Large Tupperware Bowl – we have two, and use them all the time. Trust me – you need a BIG BOWL.

Cuisinart Food Processor – if you’ve ever read my lunch posts, you’ll notice I use this for absolutely EVERYTHING, and bring it with me as a security blanket when I’m feeling lonely. I’ve got a big one, because it’s such a staple and I use all the volume, but there are also smaller scales. You can slice and grate and pulverize by hand, for sure, but you need to account for the extra time.

Instant Pot – I drank the Kool-Aid a year or two ago, and absolutely love my IP. I don’t use it every single week, but I come close. I have two instant pot inserts, so I can put ingredients in one and start cooking, while I fill the other one with rice and water, or a veggie, or a dessert, and then throw it in the second that my first dish is ready (avoiding the need to wash the first insert before I can assemble my second dish). Not all recipes are dramatically faster to cook than their stove-top counterparts because of the time required to pressurize (though meat-based recipes are really really REALLY much faster!), but the hands-on and prep time that I save by using the Instant Pot IS impressive, even if the total time is similar. For example, the IP does not require pre-soaking of legumes (a step which can foil even the most budget-savvy planner if they forget to prep their dried beans the night before). There is no mixing and no monitoring involved, so the cook time really is “walk-away-from-the-kitchen” free time.

Cuisinart Smart Stick – I owned mine for ten years, and it finally died after a rigorous encounter with a particularly thick Thanksgiving dish. We parted ways, neither with any regrets … and I turned right around and got a newer model, which I routinely use.

Vitamix Blender – Though you can use a Food Processor for some of its purposes, and a regular blender for others, its versatility and power make the Vitamix a frequent tool for preparing dinner.

Because You Still Need to Eat Gallery

Because You Still Need to Eat 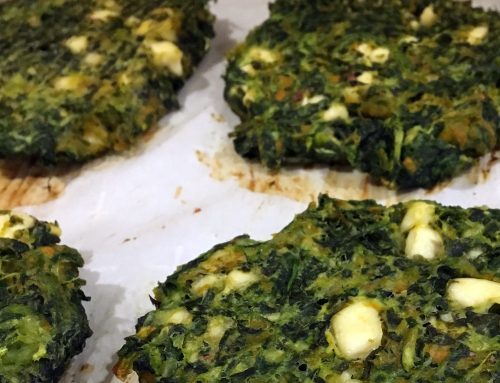 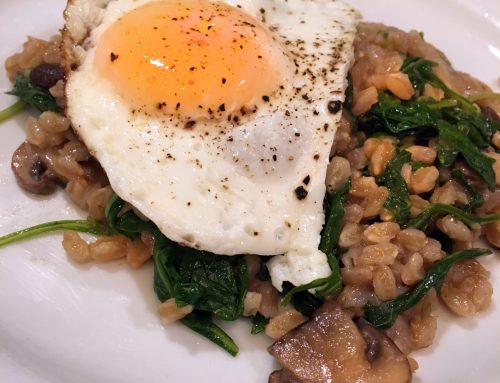 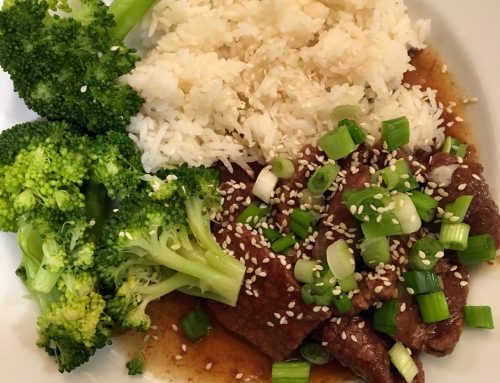 Beef and Broccoli with Rice Gallery

Beef and Broccoli with Rice 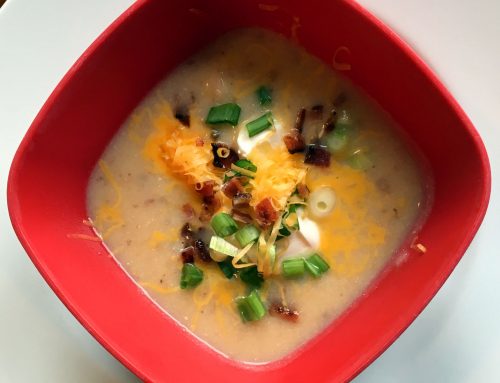 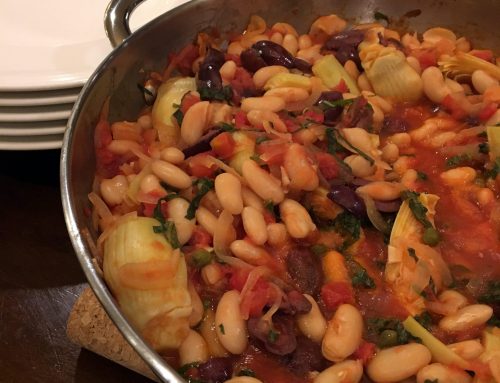 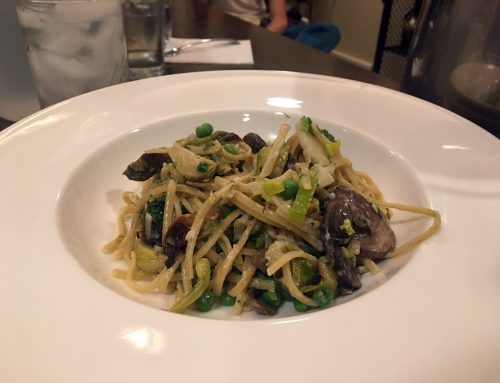 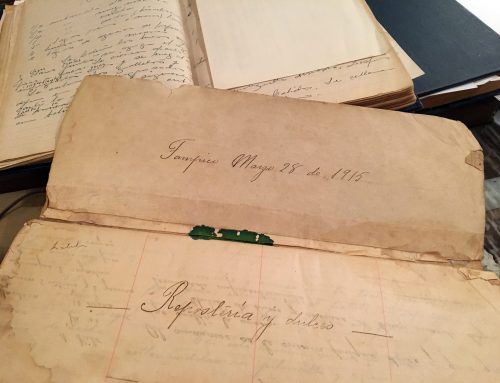 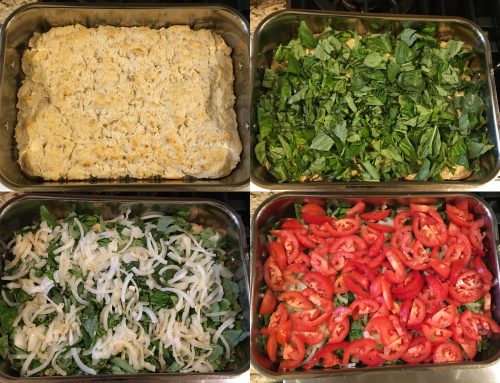 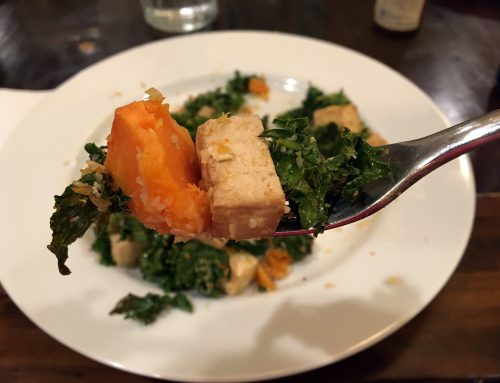