So I’m a big believer in repurposing.

I have a craft room that’s full of all sorts of crap from daily life, or from previous projects, joyfully sorted and labeled. Because if I ever overspend on a pair of shoes, I will totally make it up to the universe by reusing the shoe box for something crafty.

In your face, Logic!

But if you’re considering working on Round 4 with its forty million waffles, and maybe even buying a waffle maker if you don’t already own a great one, let me show you the myriad of possibilities the World of Waffling will open to you. Repurposing done right – way better than purchased frozen waffles, and way WAY better than shoe boxes. 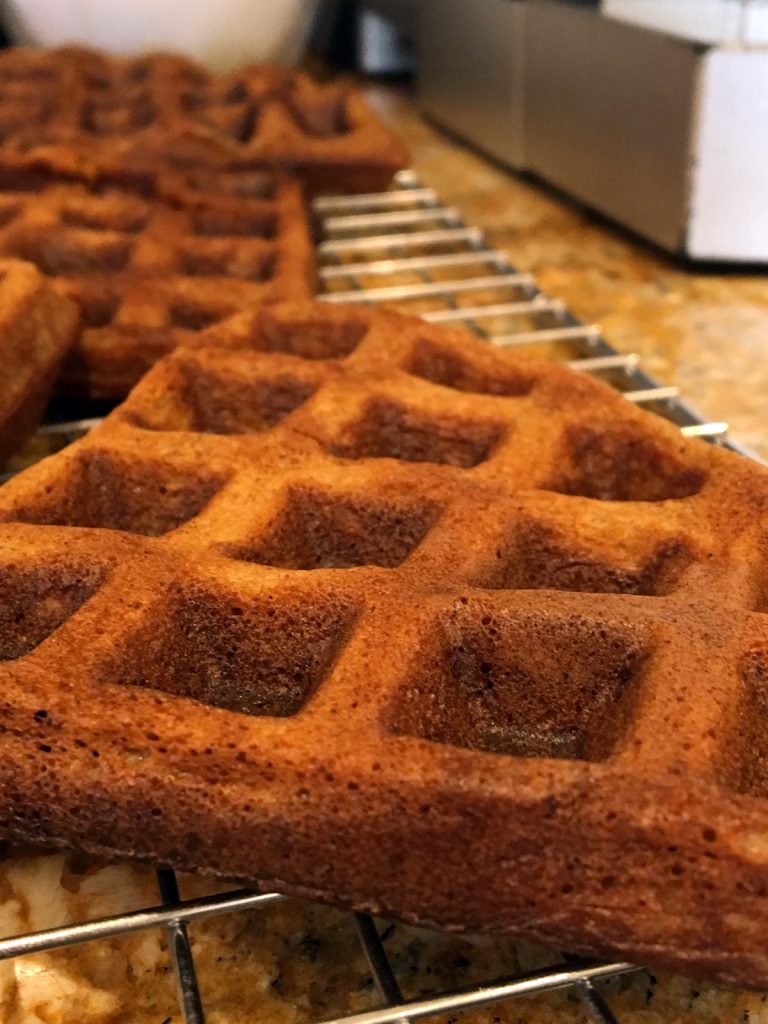 WAFFLE IDEAS WITH WHAT YOU ALREADY HAVE

As I’ve said before waffles are super versatile. And a waffle is one of those foods that automatically elevates a meal to “special” – no matter how mundane it really is. Take a sandwich, for example. Normally, I avoid them like the plague. But if you use a waffle in place of bread, you can pack way more protein into that little sandwich than anything out of the frozen section at the store can do (see my Pumpkin Spice Waffle recipe here for proof), and you can actually guarantee that it will get eaten.

Because, seriously, my kids will eat anything that came out of a waffle iron. They will eat each other in their desperate attempt to be the first one to make it to the thing that just made it out of the waffle iron. In my household, you sleep with one eye open.

Plus, if you have the right waffle maker, this is just another process that you can set going and forget about until the chime goes off, zero guesswork or extra checking. More on this in a minute!

So, in case the obvious syrup-in-a-Mini-Dipper waffle presentation is too bourgeois for your little one, here are a few of our easy and FUN ways to lunch on waffles:

By the way, if you include cream cheese in a waffle sandwich, but the treat won’t be consumed for several hours, you have one of two options: You can send the frozen waffle as is, without heating, and spread the cream cheese on, packing with ice packs as discussed HERE. Otherwise, you can heat your waffles by toasting first, and packing separately from the cream cheese in a food jar or tin foil and a metal box (like PlanetBox, which is not designed specifically to keep foods warm, but will work in this specific situation where your waffles are not particularly prone to provoking food poisoning, and you’re just looking for warmth). Cream cheese should always be packed around an ice pack if not being consumed within the next 1-2 hrs.

So I’d promised you guys a few weeks ago I would tell you exactly why I fell in love with my waffle iron. Because, when you’re making as many dozens of waffles as I do all at once to batch freeze for lunches, your waffle iron can make or break your whole experience, believe me.

I had mucked around with different waffle irons for awhile. Sunbeam and ZZ most recently, Black and Decker before that. They were, at best, Meh, Okay. At worst, a headache. I expect a small degree of sticking while the iron is getting really hot, and for that matter, I’m okay with the iron taking a little while to heat up. I had grown accustomed to having the little lights that would change colors when the waffle was theoretically ready (though the lights on my most recent Sunbeam really had to be held in the dark in order to be seen), and I really just kind of felt my way through it based on the amount of steam coming out of the machine, and when it stopped, and how the waffles smelled. Timing was never precise, but I’m pretty comfortable in the kitchen, and really only batch-make waffes a couple of times a year, so I assumed a lot of the responsibility the machine probably should have been carrying, and moved on.

Pathetic, I know. And totally unlike me, since you know by now I adore appliances that actually make my life easier, and not give me more to do.

Now, for the record, while I received the iron for free to test it out, the thing is entirely comparable in price to the other crap I had, and I would have gladly paid double that if I’d realized how amazingly easy it would make the entire waffle-making experience!

Why, you ask? What could a waffle maker possibly do that would make me love it so, particularly when I only use it a handful of times per year?

Well, for starters, I’m going to go ahead and cancel out that last statement. With how easy it was to use, and how precisely it did exactly what I hoped it would, I’m going to be using this baby a whole lot more than a “handful of times per year” from now on. But I digress. 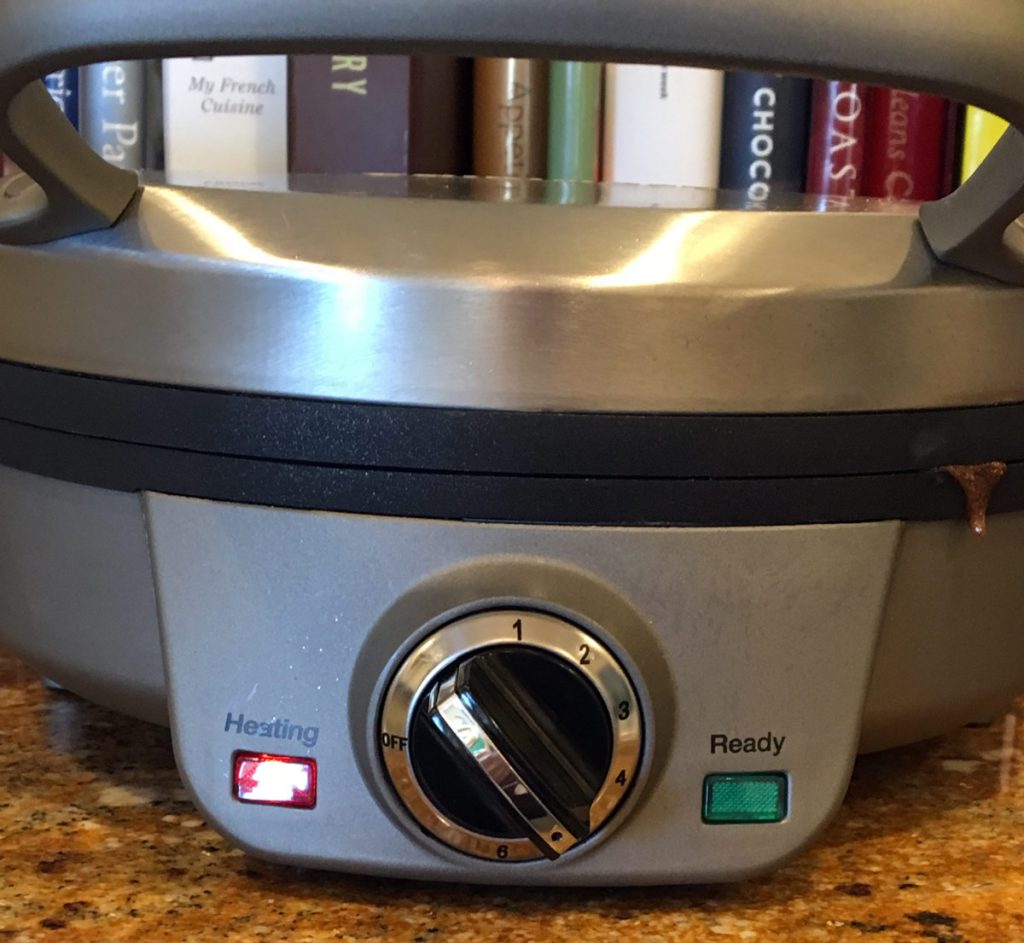 I’m definitely in love. I’ve made my kids waffles for breakfast twice since I made them for lunch (and once, I was post-call, so you KNOW it’s idiot-proof!). 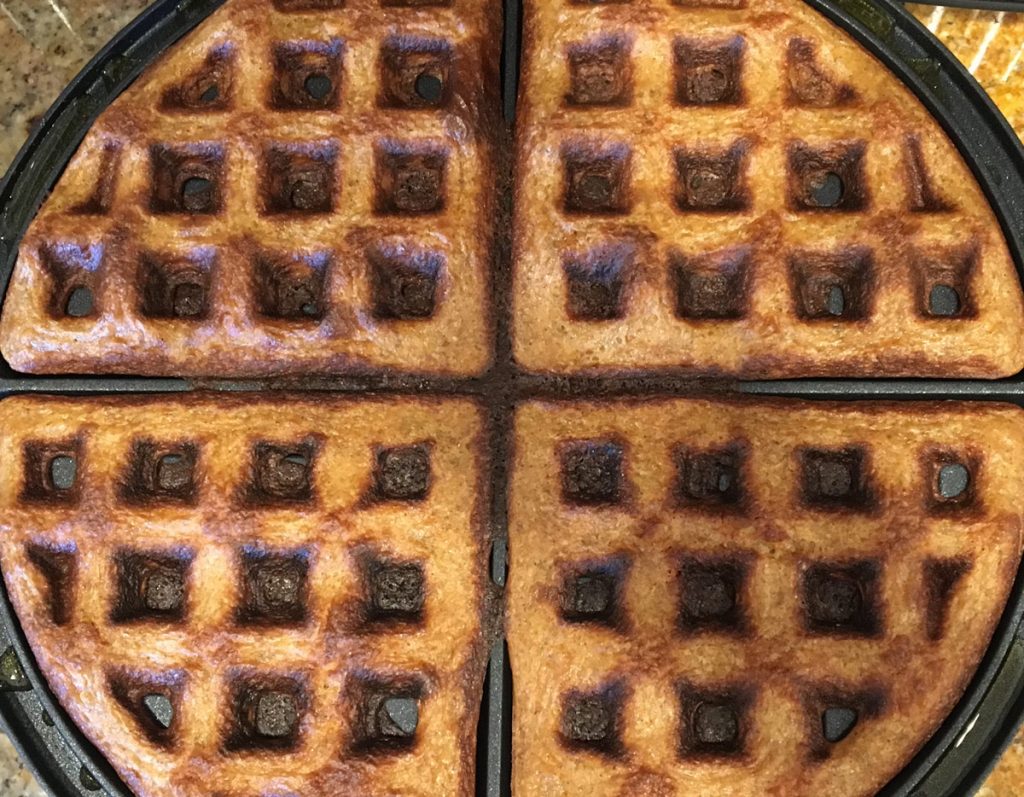