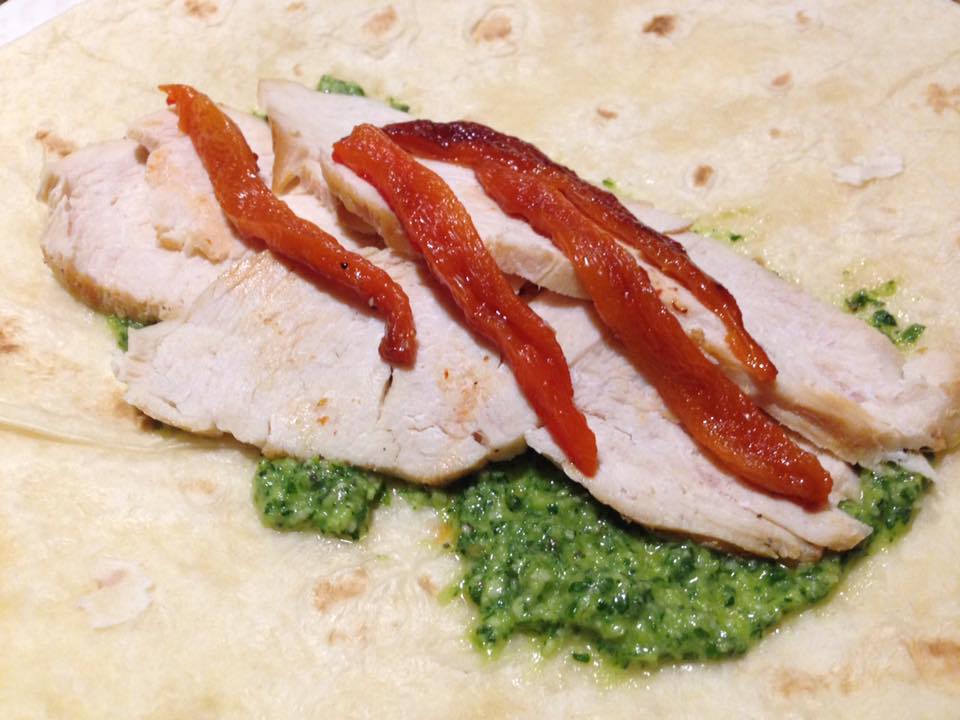 “These are so yummy!!! Made them with my husbands help because frenzy loves company! The milk-free ones are good too – hoping not too spicy for my kiddos!! My husband tried one and said, ‘Emi Ponce de Souza you are a genius!’ I agree!” 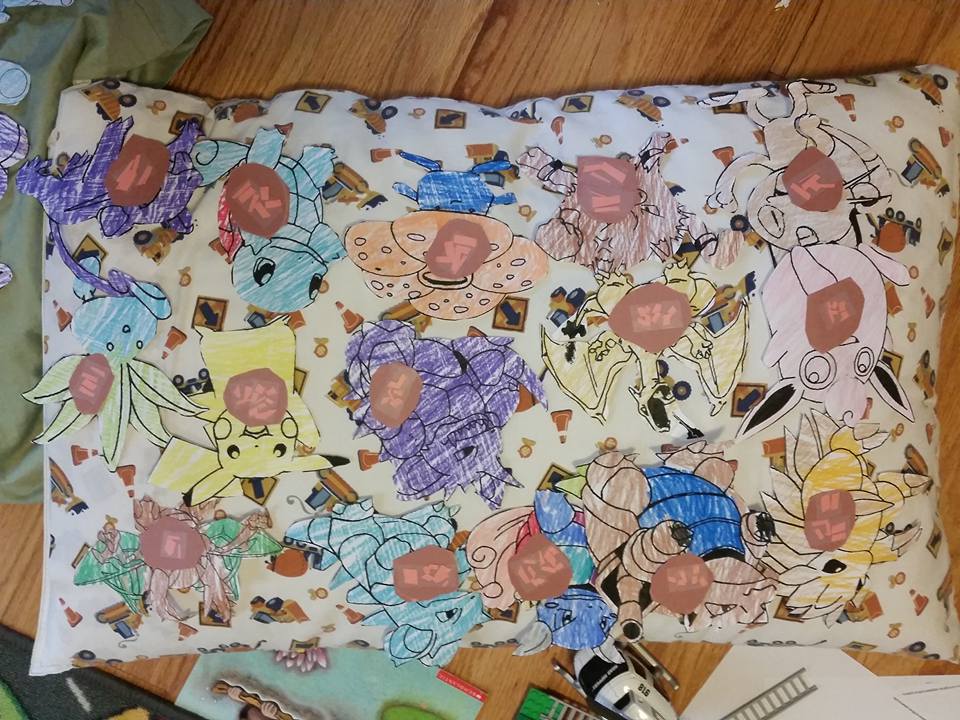 My son has appropriated brown and orange construction paper so he can make carrot pancakes for his Pokemons. (later) Picture of the project he spent all day on. The brown circles with orange cups are carrot cake pancakes.

Like many, I was intrigued and impressed with Emi Ponce de Souza’s Freezy Does It Lunch Project for conquering the school lunch. As someone who (a) enjoys her kitchen, (b) has a 5yo just starting kindergarten and (c) has some free time due to taking some time off after finishing fellowship, I decided to give creating freezer lunches a whirl. Here are my observations…please learn from my mistakes!

The first batch of recipes looked good to me, but I wasn’t sure my kids (ages 3 and 5) would approve them (they frown on vegetables that are mixed up in foods, on the whole). I thought they’d like the corn-dog muffins, though, so I whipped up a (smaller) batch to test that theory before committing to a whole day of cooking. The muffins turned out great! The kids were excited to eat lunch…but upon actually being presented with their corndog muffins, they opted to yank out the hot dogs and eat those, leaving the muffin on their plates. Grrrr! Under duress, they consumed the rest of their lunch (with my son meticulously picking out any shreds of broccoli that came to his attention). I froze the rest of the muffins, but haven’t (yet) done the rest of Part 1. No, not quite true…I did make the tomato sauce.

(1) Test round! Small batch to ensure kids will eat… (2) 3yo just being silly with lunch. (3) Kindergartener says, mom these are so so good! They are better than the usual ones! (4) And here’s the little one helping make cookies.

I thought Part 2 was a sure win. What kid doesn’t like pizza pockets? I committed to making hand pies galore! Now, I’m a huge fan of the “Never get your hands dirty” method for making yeast dough, but tragically, my stand mixer lacks dough hooks. Normally, I get around this by mixing up all my bread dough in my bread machine, then pulling out the dough and shaping it as called for. I adopted this method for Emi’s Day 2. A few words to the wise:

I made all the versions of hand pies that Emi suggested. There were major problems with filling leaking out of all the hand pies that involved cheese filling (see above). This led to me poking holes in the finished pies with a chopstick and manually stuffing filling back into them. I then individually wrapped these surgically altered pies in Saran Wrap prior to freezing. I expect that using a better dough from the get-go will eliminate this problem the next time…

Final results? The beef empanadas were a hit right away. The kids had a “picnic” on the porch with them for lunch. My SAHD and I enjoyed them also. The adults approved the sausage/pepper, cheese/spinach and sweet potato/black bean hand pies. The kids had reservations about these. Hopefully repeated exposure will wear down their resistance, because gosh darn it – I made these things and they are going to get eaten now!

I was very tired at the end of the day and subsequently refused to make dinner. But having had a few days away from the stove, I’m eyeing the list of items for Part 3. And since the unveiling of the Freezy Does It project, I’ve learned that there are a bunch of new kitchen items that I really need. Thanks, Emi! It’s been fun! #EmisLunches

Banana berry honey yogurt popsicles. I like the disposable bags, just figured out how to use ikea Popsicle stand to hold them while I fill them. Thanks for the inspiration! 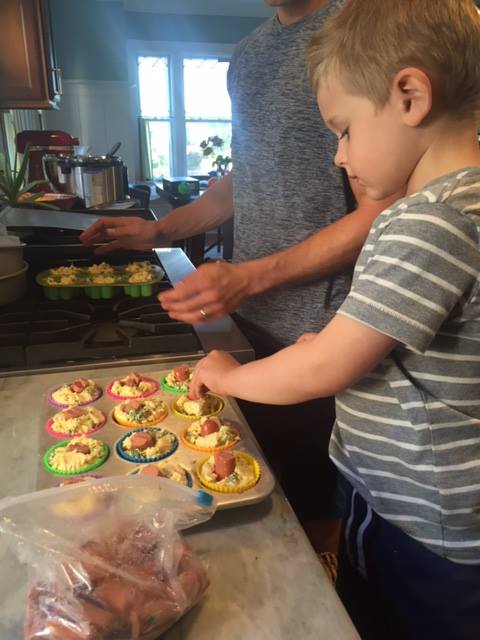 “Emi, your meals were a hit! Thank you! Our four year old even enjoyed helping out with the hot dog placement. He’s now super excited for school to start again. Thanks for saving us from a year of sunbutter sandwich hell.”

Ok we’re stopping. Over 300 lunches made. Still have ingredients for more but ran out of time and freezer space! #emislunches

John is attempting to make and freeze a semester’s worth of food in two days. Broccoli Corn Muffins, here we go! @emiponcedesouza #emislunches

Mount Corn Muffin, enough for 18 days worth of lunches for the four boys. #emislunches